A leader in the world of blockbuster film music and audio post-production, 20th Century Fox recently installed Brainstorm DCD-8 Word Clock Distripalyzers with hi-resolution VSG-4 Video Sync Generators in its Newman Scoring Stage. The combination of the DCD-8 and the VSG-4 delivers a complete solution for all sync requirements in the scoring, recording and post-production environment.

“We could not have done Pirates of the Caribbean without the DCD-8,” remarks Denis St. Amand, Assistant Chief Engineer of Fox Studios Operations. He refers to the first project in the newly remodeled Newman Scoring Stage, which now boasts the world’s largest AMS Neve Analogue Console. “We needed the Brainstorm units right off the bat. We plugged them in and hit the road running.””

With its new state-of-the-art control room, the Newman Scoring Stage is a premiere recording facility for today’s top film and televisions scores. Originally built in the 1930’s, it has hosted recording sessions for some of the most memorable music in Hollywood history. Since the gala 2007 re-opening, Fox has recorded scores for such projects as The Simpsons Movie, Live Free or Die Hard, The Comebacks, and Fantastic Four: Rise of the Silver Surfer.

“The Brainstorms are my primary video sync source,” explains St. Amand. “Nothing else allows me to run with multiple video rigs. We can run with NTSC 59.94, 60Hz Black & White, 50Hz PAL, and even 48Hz slow PAL with 24FPS time code. We also have additional Brainstorms that we use for master clocks for Pro Tools. I can take that off-rate video and feed it into the slave DCD-8 and then generate AES sync or local word clock for Pro Tools to be running at that rate, as well. It is very, very useful. The box is unique in that it does everything at once.”

The VSG-4/DCD-8 combination provides great flexibility, as audio can be locked to video or vice-versa. While many different rates can be generated simultaneously, a single sync reference can operate an entire audio/video installation. Designed for operations ranging from audio recording studios to large post-production houses and major broadcast facilities, the DCD-8 offers the most comprehensive package for all clocking needs, providing versatility in the widest range of applications.

St. Amand is obviously pleased with the new Newman Scoring Stage. “We worked on it for five months and fired back up in February. When people come in and listen to the work being done in our new room they are just knocked out. It’s been a wonderful experience.” 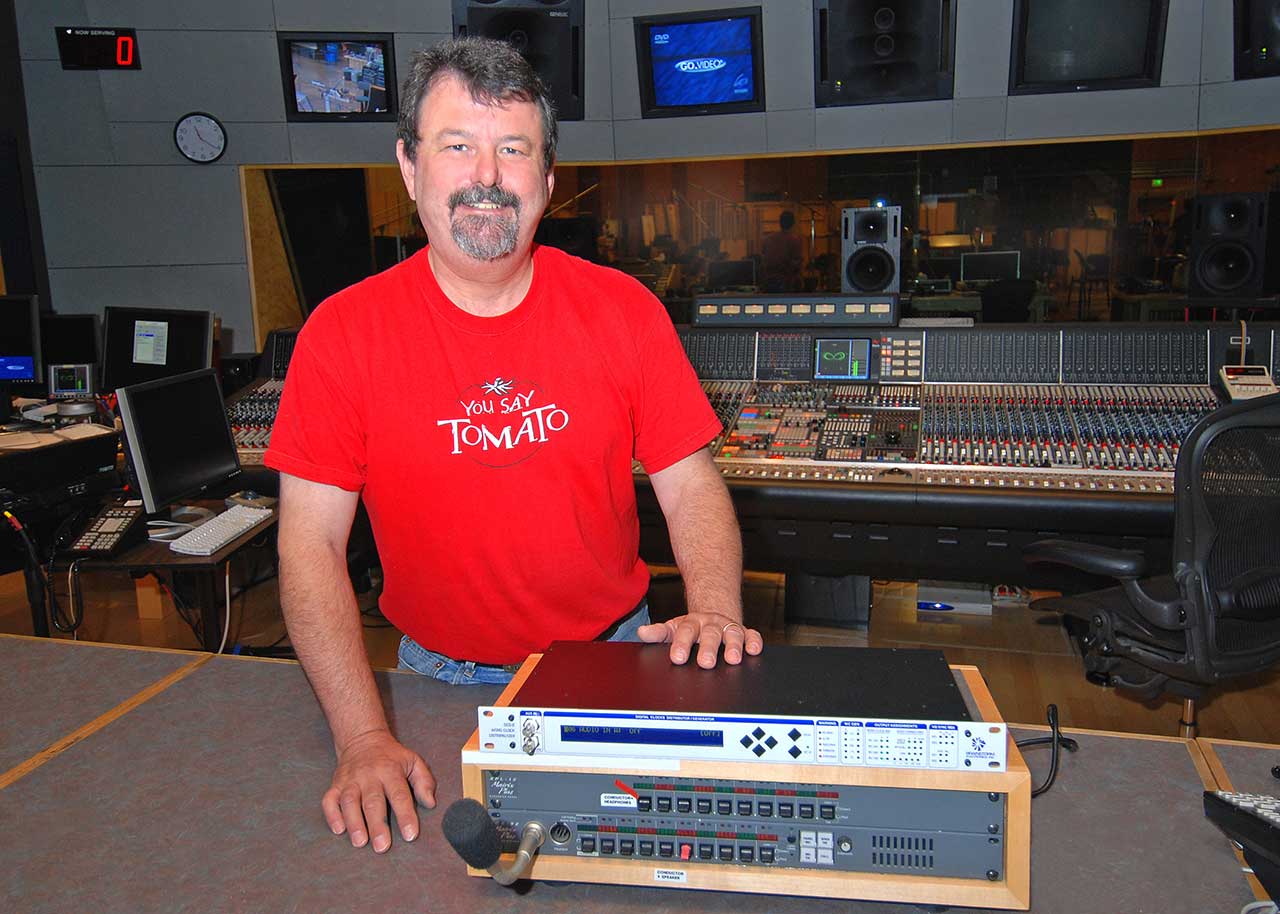