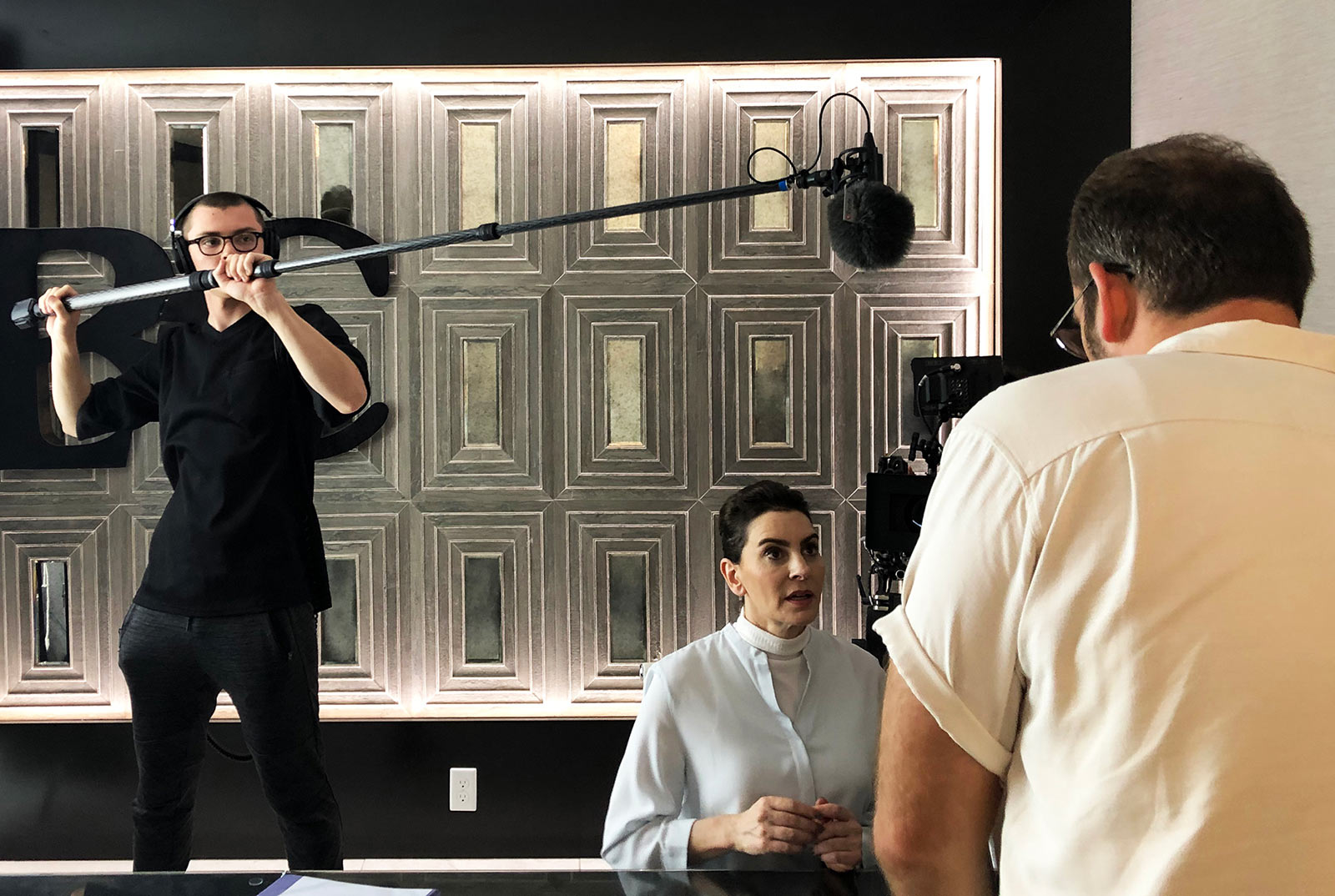 Patterson, NY, October 2019 – “We spent 14 days in the forests of upstate New York in incredible heat and humidity,” says Ian Orlando. “All the Sanken microphones held up beautifully to every challenge we met. They sound wonderful, and they’re incredibly reliable.”

The film Orlando was working on is “Lapsis”, a science-fiction feature dealing with the themes of automation and corporate greed. The film is directed by Noah Hutton and was shot on RED cameras with anamorphic lenses. The production utilized Sanken microphones for all location sound recording. The sound team consisted of sound mixer Bill Pawlowski using a Zaxcom Nomad mixer and boom operator Ian Orlando utilizing Sanken’s CS-M1 short shogun microphone alongside Sanken lavalier mics.

“The boom mic I used for interiors, exteriors and stashing was the CS-M1, and the lav mics we used were COS-11D’s. Much of the shoot was in unbelievable heat and moisture, and everything held up incredibly well to the rough conditions.”

As a busy boom operator and production sound mixer Ian Orlando purchased his first Sanken mic, a CS-1e shotgun, one year ago. “I bought it for my own kit and it is one of my favorite microphones in the world. Now, after working with the Sanken CS-M1, I want to keep building out a full Sanken mic kit as my sound workhorses. I loved the sound quality, the unique response, vibrance and richness of the CS-1e and it has been my primary shotgun microphone for all of my own productions.”

But when Orlando arrived for the first day of shooting “Lapsis,” the sound mixer provided Sanken’s CS-M1 short shotgun mic. “I immediately saw that it was substantially shorter even than the CS-1e which is itself a rather short shotgun microphone. The CS-M1 is definitely an ultra short shotgun. In a lot of cases we were working in rooms that had low ceilings. Being able to stand on an apple box and get that microphone right above the actor’s head, despite the ceiling height on wide shots, was phenomenally helpful.”

Orlando elaborates on outdoor filming, “We also shot in the forest for much of the production, about two and a half weeks, and we used the CS-M1 exterior as well. You can get the reach from it that you would get from a much longer shotgun, but you have all the benefits of a short shotgun in its truest form. The side and rear rejection of the CS-M1 is one of its most impressive qualities. It’s extremely directional and you can be a good distance away on wide shots and it still pulls out the dialogue phenomenally well.”

At times, the temperatures rose rapidly, along with very high humidity. “With the rain and humidity, I would have expected any microphone in that situation to have issues,” says Orlando. “But for the entire length of our production, I didn’t hear a single issue with the Sanken.”

When shooting wide angle in the forest, the CS-M1 on a boom was unpractical and called for the use of Sanken’s COS-11D lavalier mics. “There’s really no option for dialogue other than your lavalier wireless system. And we had a full supply of Sanken COS-11Ds with the mounting accessories. In addition to that humidity, your actors are sweating so much and attaching a lavalier to someone is often difficult. With the Sanken lavaliers, you’re able to throw them on the actors quickly and reliably. In those wide shots, we had no real worries about the lavs moving around on their clothing or on their skin. In a lot of cases, our primary dialogue mics were the COS-11Ds on the wide shots. And it really sounded good with or without the boom CS-M1. The sound quality was just as vibrant and rich as the shotgun. When simultaneously using both the CS-M1 and the COS 11D, they really blend exceptionally well.”

On the last day of production the action moved to the interior of automobiles. “We shot a lot of moving dialogue scenes, and the CS-M1 is great for stashing in a car. It’s the perfect size; it can be put just about anywhere without getting in the way, and it sounds sensational despite how reflective the space can be.”

At only 4” in length and weighing less than 2 oz., the unobtrusive CS-M1 can be used in tight mic situations to faithfully capture the story. Like all Sanken shotguns it is rugged and dependable with a wide range of applications where sound clarity and noise rejection are critical requirements. 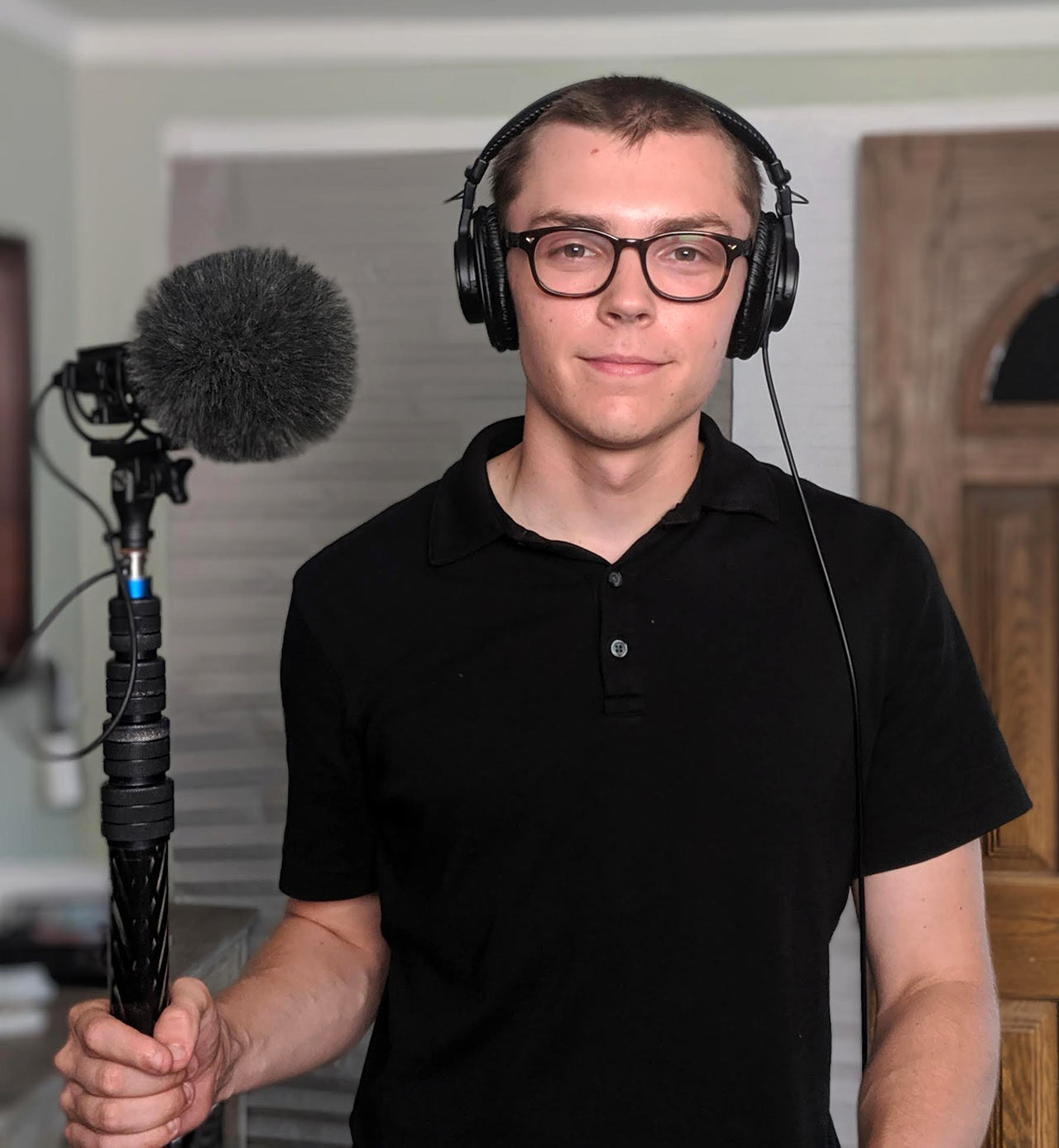