Ezra’s choice began with a colleague who owned a Sanken shotgun mic. “A friend of mine let me try his Sanken CS-2 shotgun, and I used it on an indie feature film I was working on, and I loved it. I loved the range and I loved its reach. It sounded really, really good and was very warm.”

The next step towards acquiring a Sanken shotgun took place at the annual Audio Engineering Society convention in NYC. “I was debating in my mind whether I should buy it or not. I went to AES and stopped at the Sanken booth and they let me try the Sanken CSR-2, the model with the rear rejection. I tested it out and I really liked it. I made them disconnect it from the preamp because I couldn’t believe how good it was. It was still really good and I remember, the next day, I called Gotham Audio and told them I’d like to buy Sanken CSR-2.”

“I use the mic on a boom pole,” she continues. “And I primarily use it for exteriors. I think that’s where it sounds best in its space. I will use it in interiors sometimes if I feel it’ll work in that environment, but I really love it for exteriors because I get just enough environment and just enough speaking voice — the perfect combination. I lose what I don’t want and I get what I want, but it still sounds natural.”

The Sanken highly directional CSR-2 combines the long acoustic tube and proprietary rectangular capsule design of the CS-2 for super-sharp directivity with a unique switchable rejection of the mid and low frequency range on the side and rear. In the off position, the switch provides a wider image and a warmer room tone.

“It’s really easy to go between the rear rejection activated and deactivated, because it’s just a switch. So, if you you’re not in a noisy environment, you don’t need that rear rejection. It’s a very simple mic that fits like any other shotgun mic. It doesn’t have a lot of handling noise, and it’s not sensitive to environment. That’s actually a plus for me, because it sounds good and it’s rugged. Rain, humidity, moisture hasn’t affected the sound quality at all.”

Thanks to Sanken’s original square capsule design that optimizes space efficiency in a long acoustic tube, the CSR-2 is a unique microphone that focuses on the sound source, even at some distance. 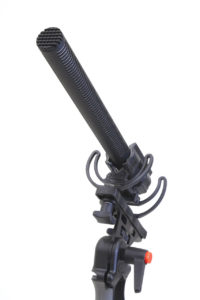 “I’ve been in so many situations where that mic has saved my butt,” Ezra continues. “I did a shoot in DC, right by Capital Hill. We were outside and right behind me were buses that were unloading people. The editor that was with me came up said, ‘Mielle those buses are really loud, are we gonna hear that?’ I didn’t hear the buses and these were man-on-the-street interviews. He couldn’t believe that I couldn’t hear the bus noises because they were so close. When he got into the editing room he showed me the clip of those interviews and I couldn’t even tell that those buses were there. The voices were so crisp and so clear and there was no noise, no unwanted noise. After that situation I knew I would need a second mic for a two-person sit down interview.

The high degree of the CSR-2’s directionality and flexibility is achieved by using line microphone technology for narrow-angle directivity in the frequency range and canceling background sensitivity with two capsules in the low-mid frequency range.

“I did an exterior two-person interview a few weeks ago,” Ezra adds. “They were outside, but we were shooting right by a freight train. I didn’t want the freight train and those interviews are really hard to stop midway, although we did make notes if we needed to stop. But having the Sanken really blocked out that unwanted noise. Even if there was a little bit, they were able to scrub that out.

In conclusion, Mielle Ezra says, “Every time I go into Gotham Sound, I always tell them how much I love my Sanken mics. They’re always in my kit, whether I think I’m going to use them or not, but I always do.” 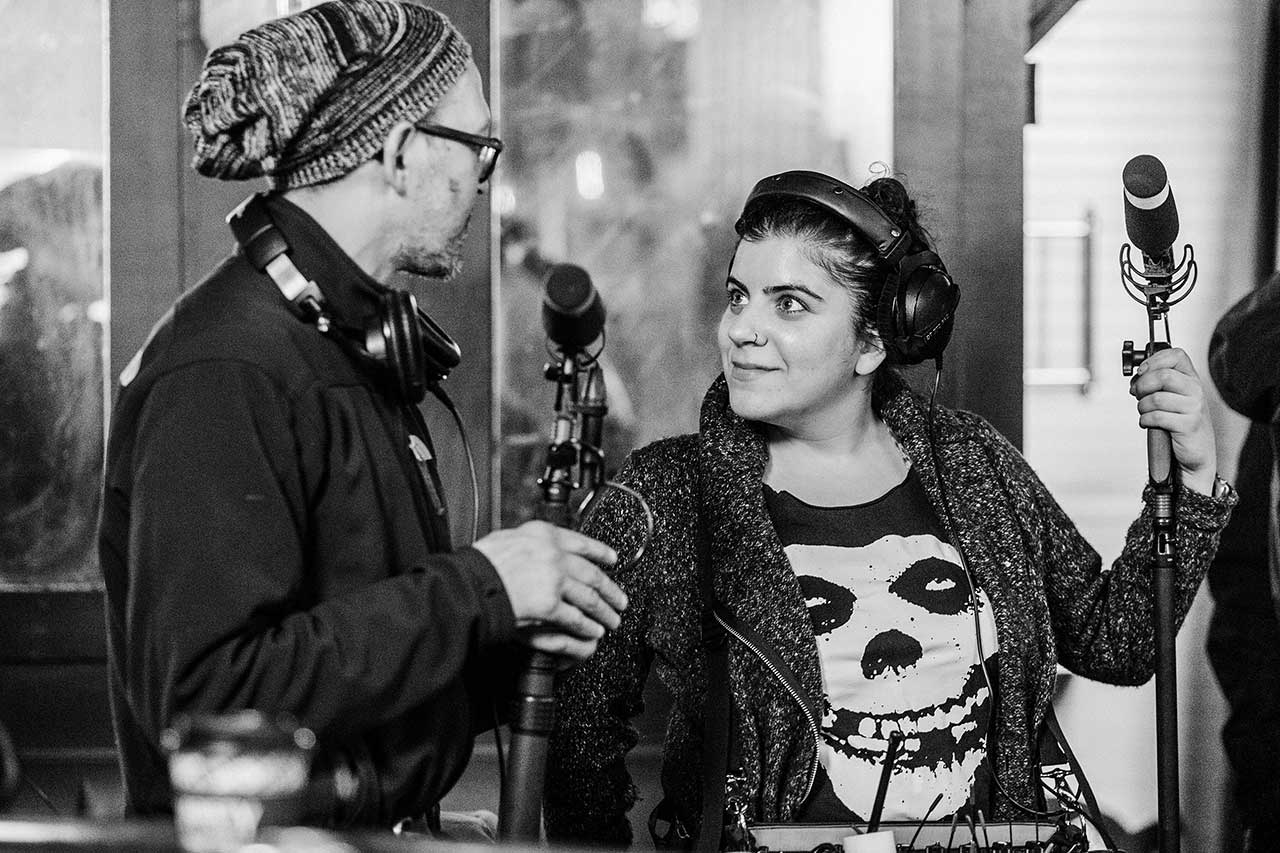