A leader in the creative audio post-production arena, POP Sound recently installed dual Brainstorm DCD-8 Word Clock Distripalyzers with hi-resolution VSG-4 Video Sync Generators in its main Studio A, operated by renowned audio mixer and editor Ted Hall. The combination of the DCD-8 and the VSG-4 delivers a complete solution for all sync requirements in the post-production, recording and broadcast environments.

In the first phase of the facility-wide Brainstorm installation, POP is progressing beyond the common use of a bank of DAs to distribute reference centrally, which is then supplied to individual systems utilizing reference patchbays. In the new POP configuration, all 11 stages will be based around the Brainstorm DCD-8 and VSG-4.

“The basic idea is to give independence and full control to the studio itself,” Garside continued. “With the VSG-4’s built-in video sync generator, we layback to multiformat HD and standard definition masters, and we want to quickly and easily move the studio between 48K, 96K and 192 K. We simply genlock the DCD-8 to house and then allow the individual studio’s staff to determine sample rates and frame rates for the video reference. The VSG-4 is fantastic for us because it gives us tremendous flexibility within the studios themselves.”

“The days of ‘studio normal’ are becoming a thing of the past,” concludes Garside. “Today’s studio needs to be flexible and do whatever it needs to do, while still genlocked to house sync. The beauty of the Brainstorm system is that it can gearbox any sample rate or frame rate from any reference input.” 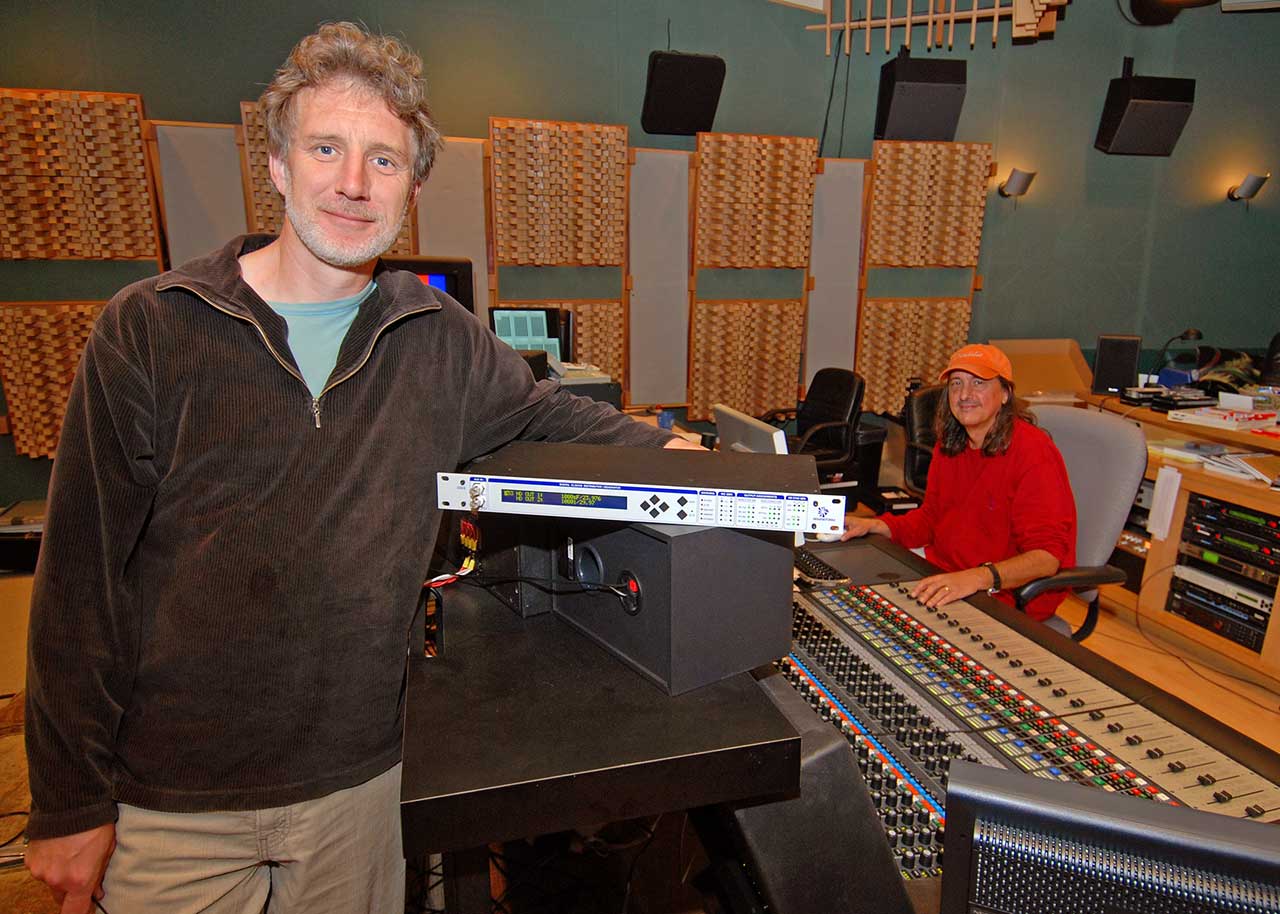 Pictured at POP Sound in Studio A with the Brainstorm DCD-8 are chief engineer NIck Garside (foreground) and top mixer Ted Hall. Photo by David Goggin.