plus24 is the exclusive N. American distributor for NTP Technology Penta and DAD products. Find a dealer.

With Dante AoIP getting more and more leverage in today’s broadcast environment, the need for easy and flexible control of audio routing and signal flow is increasingly relevant and more challenging than ever. 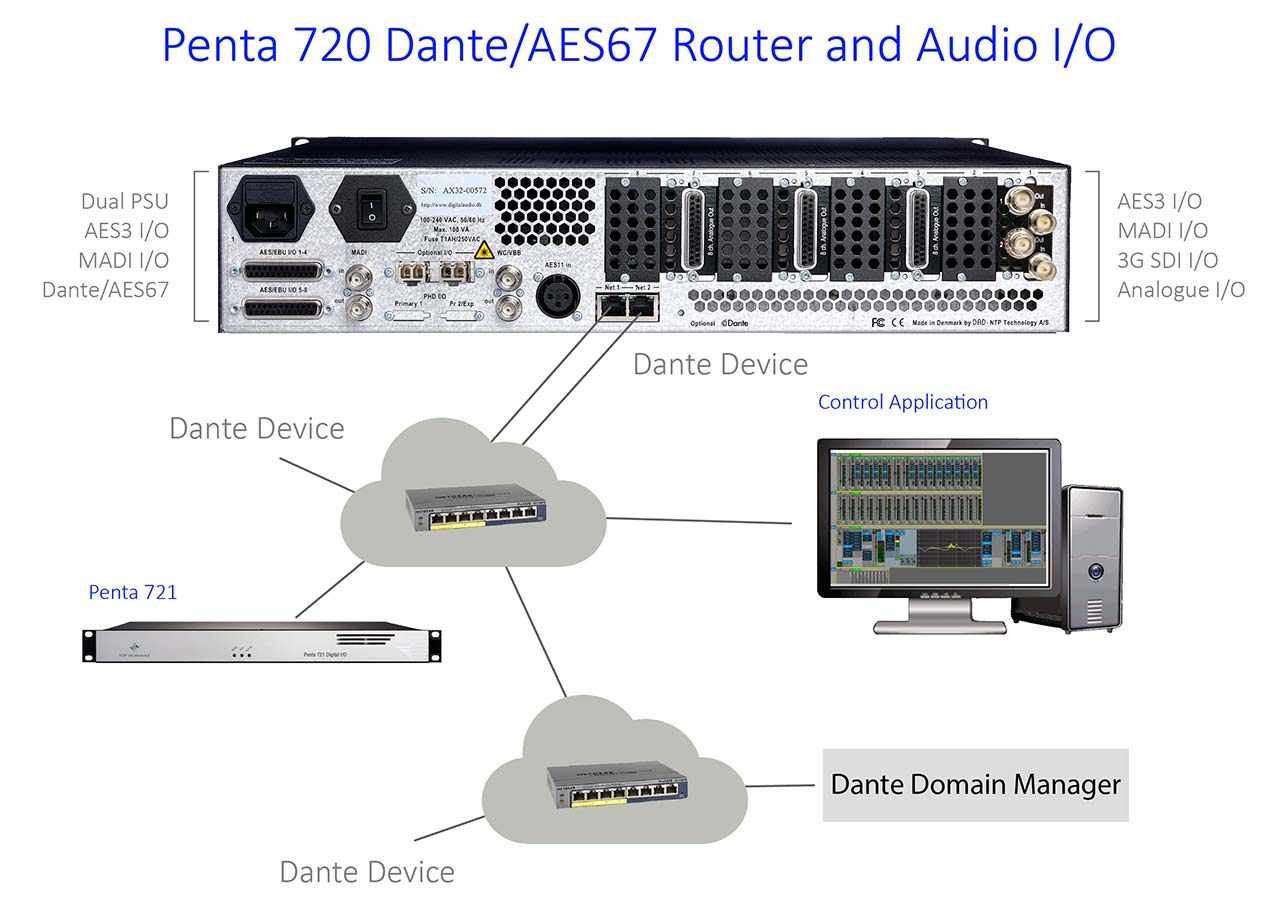 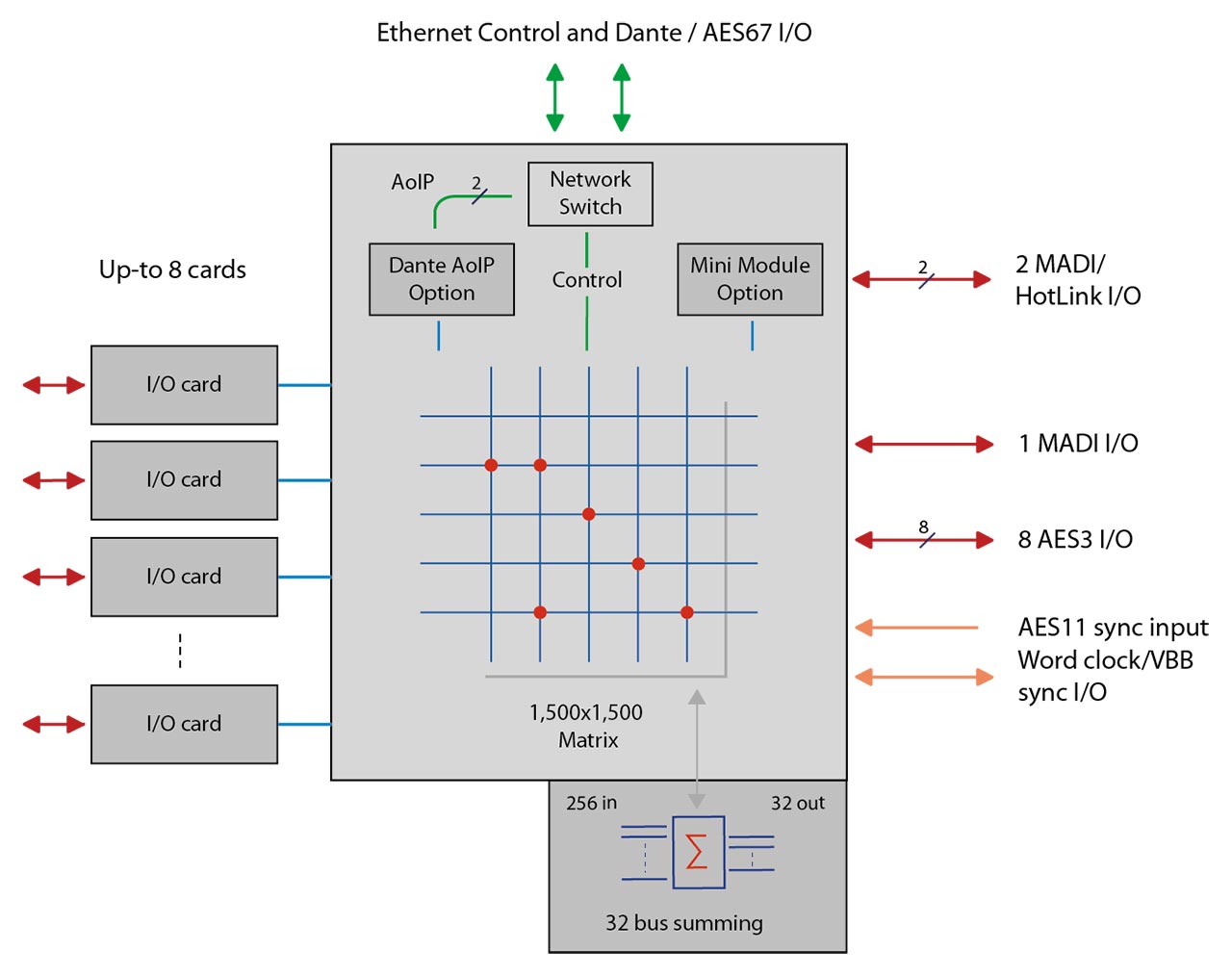 With increased focus on network security in today’s broadcast environments, location trucks, and performance venues, access to AoIP control can now be restricted for typical users and the network can be pin-locked via Audinate’s Dante controller.

There is a distinct advantage in using NTP’s Penta system as the routing matrix, because all relevant input and outputs are easily accessible for routing, as well as summing in the Penta summing matrix.

NTP innovative routing solution configures all Dante channels according to the need for fixed connectivity and IP tielines, and then uses that matrix on the Penta for the dynamic routing.

In cases where multiple subnets are a part of the network configuration, the Dante Domain Manager can be used for bridging audio between subnets and also distribute PTP clock information.

Domains can be set up to target defined groups of units across the network, and within the domains a Penta can be used for routing as well as audio I/O.

Download the Penta Brochure…  Learn more about the Penta 720…

PENTA 720 is a new generation of audio router and audio distribution interfaces from NTP Technology, which provides a versatile and flexible interface for signal distribution of analogue and digital audio via AES/EBU, MADI, SDI SD/HD/3G embedded audio as well as routing via IP Gigabit Ethernet and optical fibre networks.

PENTA 720 is a 2U modular audio interface designed for use in television or radio studios, outside broadcast vehicles and public-event venues. It comes with eight channel AES3 input/output channels, MADI, two IP Audio Ethernet in/outs and an Avid Pro Tools interface.

All cards support hot-swop. A mini-module slot is available for dual SFP MADI optical input/output module, which is also compliant to the NTP HotLink/Dual MADI format.

The cards slots of the PENTA 720 can hold the following cards:

Learn more about the Penta 721…

PENTA 721 is a new generation audio router and audio distribution interface from NTP Technology, which provides a versatile and flexible interface for signal distribution of digital audio via AES/EBU, MADI, Avid Pro Tools interface as well as routing via IP Gigabit Ethernet and optical fibre networks.

The mini-module slot can hold one of the following modules: