“I do a lot of commercial work, documentaries, interviews and profile pieces,” says Israel. “I’ve checked out most of the lavs on the market and Sanken’s mic is our first choice for a number of reasons: it has a flat, natural response; it’s easy to conceal; it’s omnidirectional so it allows for head movement without varying levels; and it’s durable in the field when you need a reliable, rugged mic. I’ve just gotten so used to using it that I don’t use any other brand anymore.”

Space Cow is a location sound provider comprised of a tight-knit team of experienced technicians, each working with a dedicated equipment package that they know thoroughly, and can rely on. Their credits include work for Calvin Klein, Pepsi, Bushmills, The Recording Academy, and many others.

Sanken’s new generation COS-11D ultra-miniature lavalier is optimized for the human voice and was designed to meet today’s HD audio standards while providing greater immunity to RF interference. The mic includes an exclusive vertical placement of the diaphragm for a much greater effective area within an extremely small casing.

Israel uses the COS-11D Reduced Sensitivity model, which accommodates SPLs up to 132dB and has 9dB SPL lower sensitivity than the normal version. “It’s a little padded down,” he explains. “My preference is to mix hot, so if someone’s going to scream or be loud, it helps with the gain going into the transmitter. I just try and capture as clean a voice as possible for dialogue, while minimizing background noise.”
Israel also employs other Sanken location microphones in his work. “When a lav isn’t workable on a fast shoot in the street, Sanken’s CS-1e short shotgun mic has saved the day many times,” he says. The low cost CS-1e is a remarkably directional shotgun microphone, featuring a longer pickup reach, extended low frequency response and significantly lower noise. The lightweight CS-1e is easily handheld, mounted on a boom pole or concealed on the new smaller camera bodies.

“I also have two Sanken CUB-01 boundary mics,” Israel continues. “If I’m in a setting such as the interior of a car or in a small confined space, Sanken’s boundary mic can give me a distinct ambience. It fleshes out the sound environment with great detail and naturalness.” The CUB-01 cardioid boundary mic is a totally new Sanken original design, one that overcomes the limitations of previous boundary microphones, producing an extremely rich and full-bodied sound in a much smaller package. 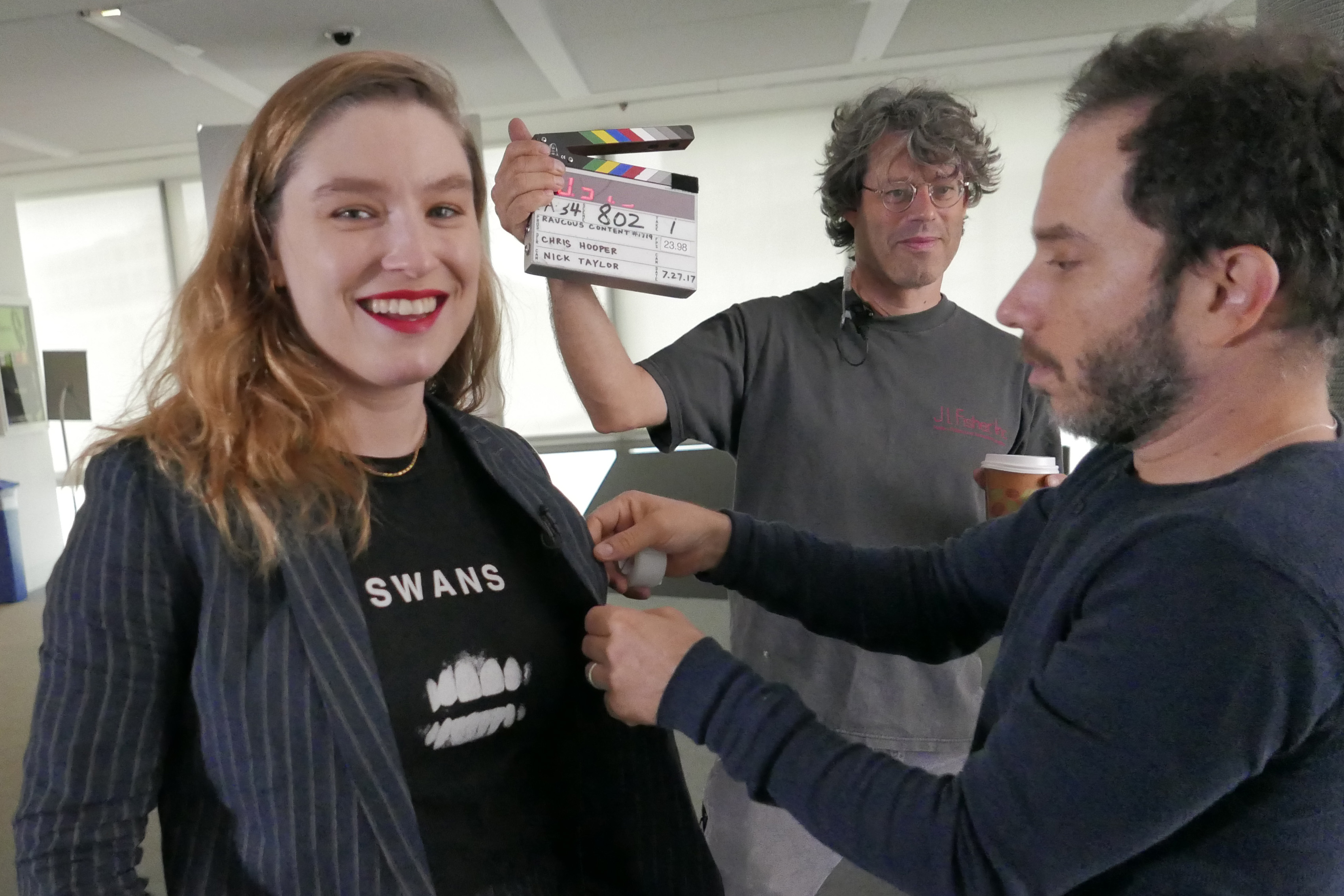